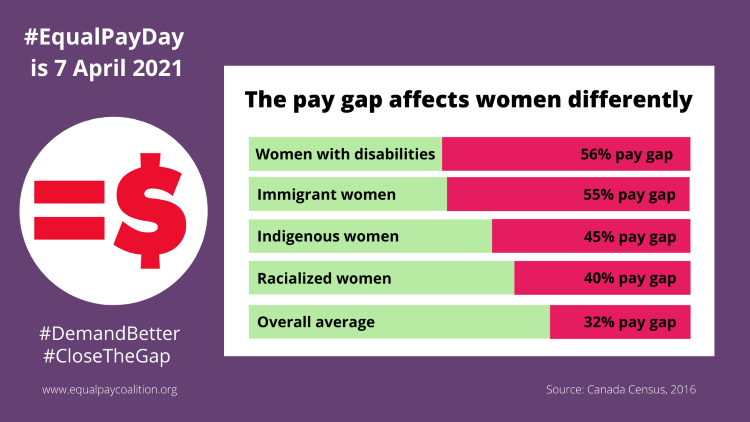 The COVID-19 pandemic has highlighted the stark inequities that exist in our communities. As midwives know only too well, "women's work" and work associated with women— including midwifery — has been shown to be essential to our health-care system and our economy. At the same time, women and gender-diverse folks have borne the brunt of the impacts of the pandemic, including staggering job losses and shouldering a disproportionate share of the unpaid additional care work and home schooling that the pandemic has demanded. These inequities are further compounded by the continued existence of the gender pay gap.

When midwifery was regulated in Ontario in 1994, the AOM and the Ministry of Health (MOH) carried out a rough pay equity analysis which resulted in a relative positioning of midwifery work against the lowest paid physician in a community health centre (CHC). The CHC physician was a comparator because of the overlapping scope of practice. At the time, the gap between midwives and CHC physicians was $3,000. Today, midwives continue to experience a significant gap. Even with the 20% HRTO-ordered adjustment of 20% as of April 1, 2020, there exists a $167,675 gap between midwifery and CHC physicians. Find out how the AOM is working to close the gap.

Join the social media campaign at 1 p.m. on April 7 as we #DemandBetter, because the unpaid and paid work, lives and equality of women and gender-diverse people are #AlwaysEssential. Follow the Ontario Equal Pay Coalition on Twitter and Facebook for more details.