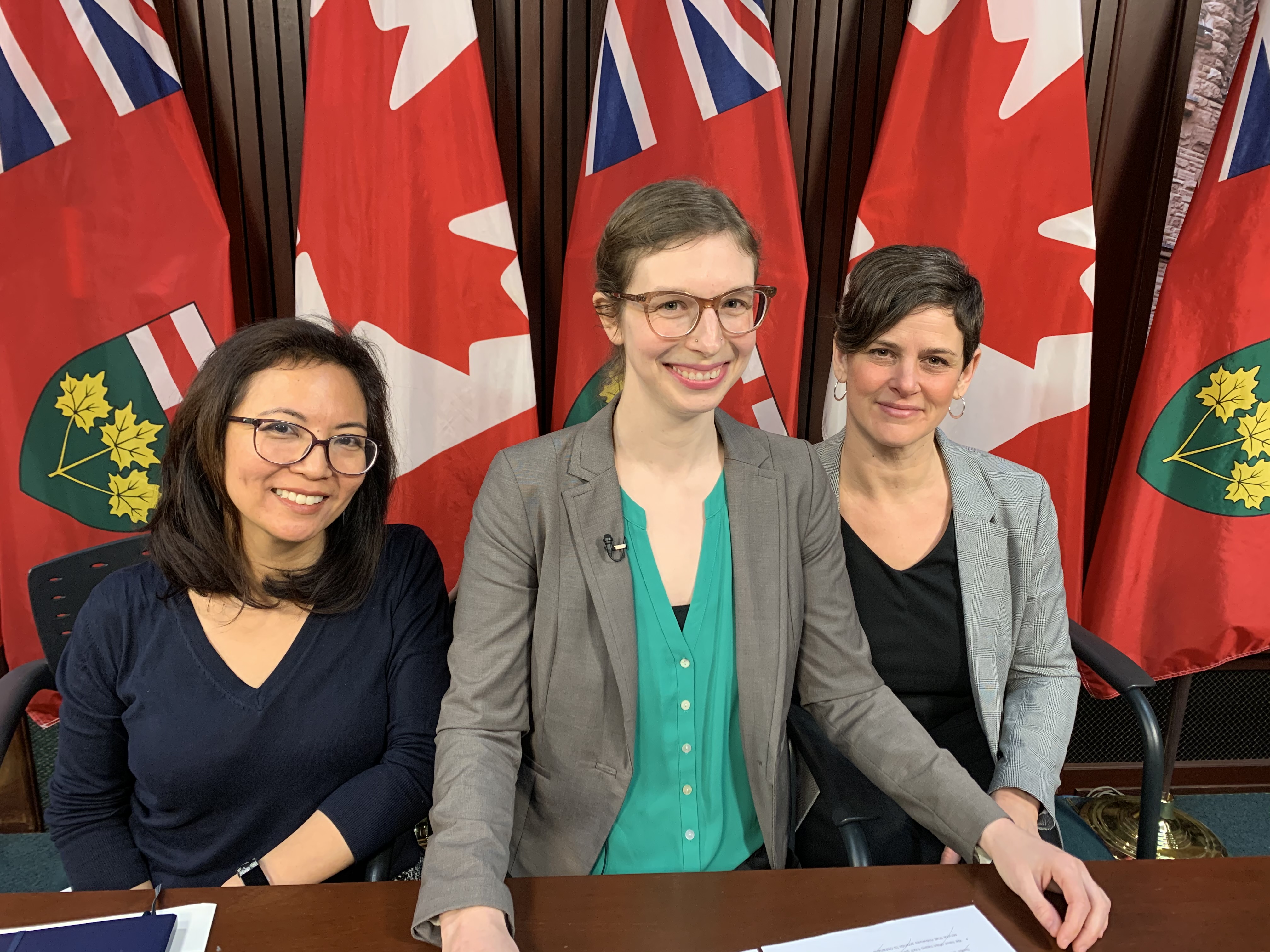 Ontario midwives are publicly funded primary health-care providers who are specialists in providing around-the-clock, on-call care for clients throughout pregnancy, labour and birth and the first six weeks after birth. Midwives follow clients/patients between community and hospital, depending on the needs of the client.

When midwifery was regulated in Ontario in 1994, the AOM and the Ministry of Health (MOH) carried out a rough pay equity analysis which resulted in a relative positioning of midwifery work against the lowest paid physician in a community health centre (CHC). The CHC physician was a comparator because of the overlapping scope of practice. At the time, the gap between midwives and CHC physicians was $3,000.

Like most physicians, most midwives are also independent contractors, and as such they do not fall under the protection of the Pay Equity Act, as employees do. To seek redress for gender discrimination, the Association of Ontario Midwives filed an application to the Human Rights Tribunal of Ontario (HRTO) in 2013.

HRTO hearings began in June 2016, and the final evidence concluded in April 2017. In 2018, the HRTO issued an interim decision (PDF 364 KB) finding in favour of Ontario Midwives that the Ontario government is liable for discriminatory compensation-setting practices. This was followed by concrete and specific remedy orders (PDF, 612 KB) in February 2020 to end the discrimination. This decision was upheld (PDF, 755 KB) by Ontario's Divisional Court in response to government's application for a judicial review. The government has applied for, and been granted, a leave to appeal the Divisional Court decision at the Ontario Court of Appeals. The appeal date has not yet been set.

Today, midwives continue to experience a significant gap. Even with the 20% HRTO-ordered adjustment of 20% as of April 1, 2020, there exists a $167,675 gap between midwifery earnings and the pay of CHC physicians.

What is happening now?

The AOM and the MOH continue to work through a court-ordered facilitated process to implement remedies, both monetary and structural, to close the gender pay gap for midwives. This work is multifaceted and includes:

Each layer of this work necessitates a deep dive into the existing and complex pay structures for midwives to ensure an informed and rigorous process. Some equity adjustments are also being applied to midwives working in employee models.

The AOM is working with our legal team, including Mary Cornish, Adrienne Telford and Lara Koerner-Yeo, in defending midwives’ win at the Tribunal at the Ontario Court of Appeal (OCA). In April 2021, the AOM's legal team submitted a factum (PDF, 825 KB) to the OCA, which lays out the facts of the Ontario midwives' case.

What is a joint compensation study (JCS)?

The HRTO ordered that the AOM and MOH participate in a joint compensation study, “which will cover the period from 2014 to 2020, and will serve as a baseline for reinstating the benchmarks. After the first compensation study is completed, it will be updated prior to each new round of negotiations.” The study must include a ‘skills, experience, responsibilities and working conditions’ (SERW) analysis “and account for the specialized and autonomous nature of the work of midwives and their onerous on-call duties, among other things; the 1993 principles and methodology; [and] the comparators set out in the Courtyard report.”

Marianne Love, a principal with ML Consulting, which specializes in pay equity, job evaluation and compensation, has been retained to conduct the JCS study.

The study is due to be completed by July 2021. The study will be non-binding; however, the AOM will continue to work diligently to ensure that the government adheres to its findings. The AOM is also advocating for employee midwife models (Indigenous Midwifery Program; Expanded Midwifery Care Models) to be included in a future study that can specifically analyze the SERW of each of the distinct employee midwife roles.

What is a gender-based analysis (GBA)?

GBA has been used by a diverse range of organizations and levels of government, including the Canadian Federal government, to analyze and improve policies and practices to achieve gender equality. This YouTube video offers an excellent primer on the topic.

As part of the HRTO’s remedy ruling, the Adjudicator found that "the evidence[...] established that the MOH did not recognize the relationship between gender and compensation paid to midwives or the necessity to consider the effects of its policies and practices on midwives as sex-segregated workers." As a result, she ordered that the MOH "work with an expert[…] to implement a gender-based analysis (“GBA”) which will assess the gender impacts of the policies and practices associated with compensating midwives working as independent contractors and compensated by the MOH."

This work is a key part of the HRTO's ruling. The MOH has repeatedly argued that they had no obligation to perform any kind of gender-based analysis on the methods for setting midwives' compensation over the years.

The MOH has retained Canadian Equality Consulting to conduct a GBA+ of their policies and practices related to midwifery compensation. The AOM has provided information and submissions to Canadian Equality Consulting, with a focus on the intersectional impacts of ministry policies related to disability, Indigenous midwifery and race, and the clinical audit tool for midwives trained outside of Canada. The AOMBT has also made a submission regarding the parental leave program.